In 2020, the University of Sadat City (USC) has joined SCImago (SIR) for the first time.

The SCImago Institutions Rankings (SIR) is a classification of academic and research-related institutions ranked by a composite indicator that combines three different sets of indicators based on research performance (50%), innovation outputs (30%) and societal impact (20%) measured by their web visibility, each major indicator includes many sub-indicators up to 17 sub-indicators, the inclusion criterion is that the institutions had published at least 100 works included in the SCOPUS database during the last year of the selected time period.

SCImago Institutions Rankings (SIR) is considered one of the important indicators that compare the performance of countries in international scientific publishing, calculating the number of published researches, calculating citations and impact factor of citation for each research as well as the Hirsch H-index - the h-index is an index that attempts to measure both the scientific productivity and the apparent scientific impact of a scientist-.

This classification is issued annually by the SCImago organization, a worldwide research organization headquartered in Spain that is concerned with classifying international institutes and universities according to their research output and their regional and global cooperation with other universities and the number of citations for its researches.

The University of Sadat City has succeeded to join SCIMAGO INSTITUTION RANKING for the first time between 7026 global universities and research institutions.

USC was evaluated according to the number researches published in international journals indexed by Scopus, which achieved a number of citations that indicate the efficiency of the results of these researches and the positive scientific contribution. 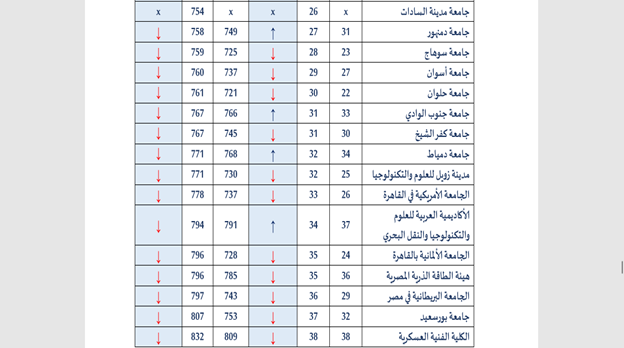 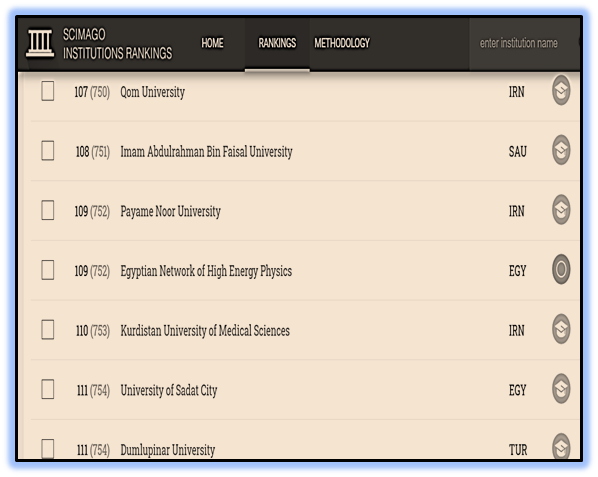